At first, you'll steadfastly believe they're paintings. I did. As I initially flipped through Molly Peacock's The Paper Garden: An Artist Begins Her Life's Work at 72 and lingered over the images of Mary Delany's "paper mosaicks" -- flowers painstakingly recreated with layer upon layer of colored paper -- I was convinced that they had to be paintings. The coloring too perfect, the shading too subtle to be paper. With her poet's skill, Peacock unravels the strands of Mary Delany's eighteenth century life to reveal how the twists and turns in the course of an extraordinary woman's life brought her to the invention of the art of mixed media collage.

In short, as a child Mary Granville Pendarves Delany(1700-1788) was groomed for an appointment in the court, a lady-in-waiting, perhaps, but religious and political upheaval removed that option and she was instead married off at 17 to a slobbering drunk. When he died less than a decade into their marriage, Delany enjoyed something that most women of her time never tasted: independence. Always one for undertaking a creative venture, she designed clothing for court, embroidered,  built intricate grottos out of shells, and otherwise enjoyed a sociable life. She had several suitors, but was reluctant to give up her hard-earned freedom. When she did, it was for a deep, mature love and companionship.

At the age of 72, a widow for the second time, she pasted her first paper petal and began a journey of creation that would result in almost 1,000 individual collages that are so intricate and detailed that botanists still reference them. Peacock selected 35 of these treasures to feature in the book, analyzing them with a careful eye and using them as signposts in the tale of Delany's years.

Delany is not an unknown of history. There are several biographies and books already published about her. So what makes this treatment different? This book is just as much about Molly Peacock, the author, as it is about Delany. These two lives mirror one another and Peacock's admiration is evident in the loving way she writes about her muse. Both are artists who married twice -- only finding true love the second time around. Both have complicated relationships with their past. Both have benefited from intense and close friendships. The most valuable thing that Peacock brings to this story, though, is the way that she interprets Delany's work and situates her in a place in which the domestic and the public intersect.

In these flowers, Peacock sees many things. She sees a sexuality that will be later echoed by Georgia O'Keefe. She sees a woman navigating the public sphere of men. She sees domestic arts elevated beyond simple utility. She sees inspiration, no matter what your age. Taking up every possible research angle, Peacock has given to us Delany's story; full and contemporary. 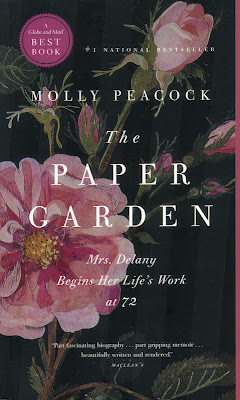 Bloomsbury is generously offering to one A Life Sustained reader a copy of the book. To be entered in the random drawing to win, just leave a comment on this post. Comments will be closed in the evening of May 26 and a winner announced in this post shortly thereafter.

And the lucky winner is...
Lise
"Oh, I'd love a chance to win this book. My mother read it recently, and I've been wanting to read it since. Thanks for the chance!"

Read more reviews and find additional chances to win a copy at the other stops on the tour:

My review copy was provided courtesy of Bloomsbury.
Posted by cpcable on Saturday, May 19, 2012

Email ThisBlogThis!Share to TwitterShare to FacebookShare to Pinterest
Labels: Books, Give Away, Weekend Review

New comments are not allowed. 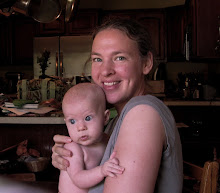 Hello! I'm Courtney, a midwestern mama of two young kiddos. This is my space to document my days spent at home with them. Thanks for joining us!